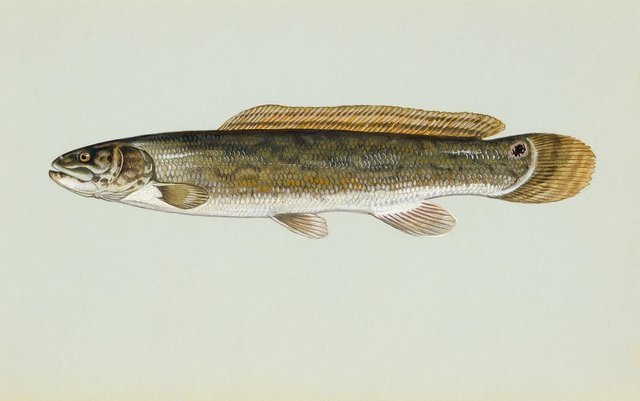 For a long time, bowfin have been held in low opinion in the public eye in terms of being an eating fish. With that said, you might be wondering if you should kill bowfin like you might kill carp and use it as mulch for your garden or for some other purpose. Some people will tell you this, but is that advice misguided?

Should you kill bowfin? Because bowfin classify as a native fish species, you shouldn’t kill bowfin for no reason. In fact, bowfin are the only surviving member of the fish family Amiidae. You had four subfamilies of Amiidae, but they all go back to the prehistoric period.

You might be wondering to yourself, “Is bowfin dogfish?” Yes, bowfin is the same thing as dogfish, and if you know anything about dogfish, it has received an unjustified reputation. This native fish has existed in North America for thousands of years.

Usually, when you catch a bowfin, you will hear the conversation go something along these lines, “You caught a dogfish? You didn’t put it back, did you? Dogfish kill other fish for fun!”

In truth, bowfin do not kill other fish for fun. They act as scavengers, and they eat some of the other fish that people love, but because they’re a native fish species, they should be left alone. Most likely, bowfin receive a bad rep because they taste bad, and they look like the invasive species the snakehead. The snakehead brings diseases to native fish populations that can kill them off.

Can You Eat Bowfin?

While bowfin will thrash and squirm after you have put them at the end of your line and they put up a spirited fight, most people don’t think you should eat bowfin. They don’t taste as good as walleye, northern pike or sunfish. The flesh of bowfin is soft and jellylike, and while it is edible, most people wouldn’t consider it worth eating.

Also worth noting, they call the bowfin the mudfish for a reason. It has a strong flavor of mud, which is why many bowfishermen won’t eat them. As one bowfisherman reports, “They’re edible, but I wouldn’t go out of my way to eat it.”

The other thing worth noting is that bowfin accumulate mercury in their body, and the older the bowfin, the more mercury it will have. In particular, pregnant women must be careful because of how mercury can harm an unborn child. It can harm parts of the child’s body like the lungs, kidneys and nervous system. In addition, it could harm a young child’s nervous system as well. That said, the mercury issue is true of any predatory fish.

If you did decide to eat bowfin, you should cook it right away to keep the meat from turning mushy.

How they taste depends on your cooking method. In Louisiana, they have come to be known as cotton fish, which describes the texture of it unless you cook it right. In addition, you can combat the texture of bowfin through cutting it like chicken fingers. You might compare the taste to alligator gar in some ways.

You would definitely call bowfin an acquired taste. A lot of people won’t like it, but some people do call it good eating. That said, most people don’t. I’m one of those people. Bowfin have small bones that you have to be careful of. As you chop the fillets, direct your efforts away from the stomach region. That is where the bowfin caught its nickname, the mudfish because it tastes like mud.

To get a better taste out of the bowfin, you might also soak it in saltwater because this can eliminate some of the muddy flavor through drawing out the blood. Salt in general draws out the moisture through a process known as osmosis.

People who say to kill bowfin speak from ignorance, rather than truth. Bowfin is like in the snakehead in that it has a set of lungs, which allows it to survive on land for fair amount of time. In fact, one recorded case of it surviving had the bowfin surviving for up to 21 days in a dried up pond before dying. Compare that to a northern pike, they can only live five minutes out of water.

That said, in some states like Indiana, they require you to kill snakeheads if you catch them, but these are considered good eating anyhow. You should check your local laws to ensure that it is legal if you practice catch and release of a snakehead. With bowfishing, that never becomes a problem, however, because of how shooting a fish with a bow will kill the fish.

The problem is that a lot of people don’t know how to distinguish snakeheads from bowfin, and as a result, they kill them both. Bowfin do not have a continuous backfin while a snakehead does. Look up at the featured image to know how a bowfin looks. When handling the bowfin, be careful because they have been known to bite without warning.

You should only kill a bowfin if you intend to eat it.

If you have ever had a dogfish thrashing at the end of your line, you know what a fight these fight can put up. In fact, bowfin are one of the few species that do the deathroll like gators. They put up a furious fight. Many anglers even respect the bowfin because of its fighting capabilities. It puts up one of the hardest fights out of all the fish.

In general, I would say no, don’t kill the bowfin because it doesn’t make sense if you don’t want to eat it. If you happen to bowfish it, you will kill it. With that said, anglers should release them back into the water. Some fishermen even believe that bowfin are beneficial to the local waters and the surrounding fish. Not to mention, they never take over the waters like what carp do. In addition, they’re native, and that especially is why you shouldn’t kill them.